We have all heard of them “Tax shelters”, “Shell-companies”, “Offshore trust”, “Free economic zone”, Tax haven”, “Money laundering”, ”Offshore bank”, “Tax exile” and so on.

There are more than 95 Countries/Territories known as “offshore financial centres” many of them designated by notable institutions such as, the International Monetary Fund (IMF), the Financial Secrecy Index (FSI) and the Organisation for Economic Co-operation and Development (OECD).

Although these “money-hubs” may serve some practical use to ease transfer of money globally, there must be some basic reason why they exist… could they be Loopholes?

A “naive” interpretation of Taxes…

The basis for taxation I always thought was to create an income for the common needs of a society, needs such as infrastructure, education, healthcare, social welfare, etc. in most cases related to a country or a territory. It also made it possible for a nation to act as one in the international context. Tax-levels and usage was in most, at least democratic, countries decided by the people, via the political system.

In the context of a Sustainable World, you could say that taxation “widely” interpreted is a major funding of the “Social” part, or the “People” in the three P:s (People, Planet, Profit) – and, to some extent, also funding for the Environmental/Planet part.

In today’s Global economy national tax laws are not valid to the same extent as before.

Sourcing of raw materials can be done in one country, production in another, assembly in a third and sales all over the world. In the same way electronic services can be provided, globally via the Internet, while servers and operation is run from another location somewhere – in this sense, Global corporations have become larger than Nations. 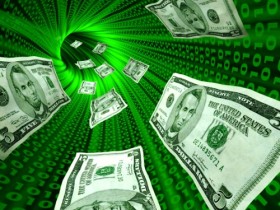 If products and services can travel, so can also money. Corporations elaborate complex structures, moving money back and forth; extracting whatever tax-benefit can be obtained – all the time according to the corporate “Mantra” …responsibility is to maximise the value that they deliver for their shareholders… and utilizing the WWTEW as much as possible.

This money transfer is to a large extent legal, although the “Grey Zone” is vast, but what does it say about Corporate Social Responsibility?

Is it OK to move money from one country, where you produce something, to another country where you practically only “store” your money because they happen to have low tax-rates? The production-country doesn’t get any tax-revenue, but they have all the common costs for their society, infrastructure, health-care, environmental issues etc.

Corporations often state that they follow and pay taxes according to all national and internationally valid laws – Is that good enough?

If you drive your car at a road with a speed limit of 90 km/h (55 mph) and there are children on the road, is it OK to continue at that speed because the law says so…?

The European Commission have expressed that EU countries should collaborate to crack down on tax evasion, which costs them about €1.02 billion (€1.020.000.000.000) per year, according to Reuters. Meanwhile, both the Obama administration and Congressional Republicans have proposed cutting the corporate tax rate in the US.

What about the “developing countries” with less stringent and updated taxation-laws, less skilled tax-lawyers and less governmental transparency – Who is watching out for them?

Recently it was revealed how one of the Irish subsidiaries set up by Apple has paid no corporate income tax to any nation for the past five years, although it reported $30 billion in net income from 2009 to 2012. Another subsidiary has paid a tax rate to Ireland of one-tenth of 1 percent or less in 2009 to 2011, far below the normal Irish corporate income tax rate of 12 percent.  Congressional staffers said Apple has negotiated an income tax rate of less than 2 % with the Irish government, but in some cases avoids paying even that rate.
A U.S. investigation revealing in May 2013 that Apple Inc had paid just 2 percent tax on $74 billion in overseas income, largely by exploiting a loophole in Ireland’s tax code.

This is phenomally profitable company; its recent quarterly profits are among the highest ever recorded by any company. It is a veritable money-making machine for its shareholders. So why be so aggressive in trying to find every last loophole in the tax code? Why push workers to exhaustion and suicide in Chinese sweatshops? Why shift operations to Nevada to deprive California of a fortune in taxes even as the state where Apple started, drawing on an educated work force, is forced to slash funding for its public schools and universities.

Apparently the technology giant paid a global income tax rate of just 9.8 percent 2011, according to an investigation by The New York Times in April.

It gives a totally other perception of what the Apple motto is about….doesn’t it..

Google’s chairman, Eric Schmidt, says he is “proud” of the way his company avoids paying taxes. “It’s called capitalism”; “We are proudly capitalistic. I’m not confused about this.” “We pay lots of taxes; we pay them in the legally prescribed ways,” he said. “I am very proud of the structure that we set up. We did it based on the incentives that the governments offered us to operate.”

Bloomberg reported that the tech giant avoided paying $2 billion in global income taxes by moving $10 billion in revenue, or 80 percent of its pre-tax profits through Ireland and the Netherlands to Bermuda, which does not have a corporate income tax. Google has nearly doubled the amount of money that it is sheltering in Bermuda since 2008. Google already had been paying a 2.4 percent overseas tax rate through tax avoidance strategies, according to a 2010 Bloomberg report

And this is a company with an “unofficial” motto stating “Don’t be Evil”….[?]

At the beginning of 2013, HSBC admitted in court pleadings that it had allowed big Mexican and Colombian drug cartels to launder at least $881 million. The bank also admitted to using various schemes to move hundreds of millions of dollars to nations subject to trade sanctions, including Iran, Cuba and Sudan, in violation of the Trading With the Enemy Act. “On at least one occasion,” according to a statement by Assistant Attorney General Lanny A. Breuer, “HSBC instructed a bank in Iran on how to format payment messages so that the transactions would not be blocked or rejected by the United States.”

Not a single executive was charged with a crime. Instead, the bank paid $1.9 billion in fines and forfeitures — or roughly 10 percent of the pretax profits it earned in just 2010, one of the more than five years during which it admitted to criminal conduct.

HSBC is hardly alone. Court filings show that, since 2006, more than a dozen banks have reached settlements with the Justice Department regarding violations related to money laundering. ING Bank paid a $619 million fine for altering records and secretly transferring more than $2 billion for entities trading with Iran and other nations under sanctions. American Express Bank International acknowledged that more than $55 million in drug proceeds may have been laundered through offshore shell accounts it maintained. The Justice Department has signed similar agreements, withholding prosecution in exchange for bank promises to tighten oversight, with Wachovia, Union Bank of California, Lloyds, Credit Suisse, ABN Amro Holding (now owned by Royal Bank of Scotland), Barclays and Standard Chartered. All admitted to criminal offenses; all were handed the equivalent of traffic tickets — pay a fine on your way out the door…[?]

Originally We – the people – came up with the “democratic” idea that if everybody contributed a little, this could be used to the benefit of all.
This dates back a long, long time and you can find it, not only in economical/political literature but also in religious – “a tenth”.

This approach is the foundation for most of the successful societies around the world.
It is very likely that it would work also for the now developing countries and societies.

Today big Corporations employ thousands of lawyers and tax-specialists, creating schemes and structures that are designated to achieve “Zero-taxation” for the benefit of the shareholders. In many cases, as shown above, they can even get away with illegal actions only paying a “traffic-ticket”.

Tax-havens and offshore financial centres are so commonly known and used that they are defined in our dictionaries, books are written about them, there are high level courses on how to benefit from them and there are many banks providing widely spread services…

We must find ways to break out of the “Perpetuum Mobile” that some of our processes and behaviours have become, we must question how a corporate chairman can state that he is “proud” of the way his company avoids paying taxes, and still be seen as “respectable”, how corporations can avoid their responsibility, legal or ethical, and continue business-as-usual as if it were OK.

There is a whole bunch of unsustainable behaviours we need to get rid of, before we pass the Sustainable Bottom line…and we need to start NOW!

WE – the people, is not about us and them, it’s about All of us!