Is it still the right way? – Our Social “Perpetuum mobile”… 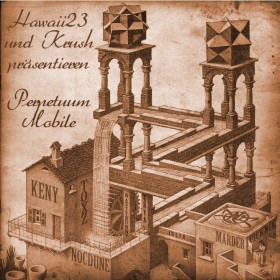 I suppose it is quite normal that societies set up systems in a way that somehow promote and “safeguards” a continuous evolution in the “right way”….

Only question; Is it still the right way?

At the start of democratic movements, did we anticipate that evolution should take us to where we are today?

In this post I have tried to reflect on some “perpetual patterns” in our current set-up.

Most of the democratic systems in our society are set up in a way that creates a “perpetuum mobile” for continued development and growth.
Politicians that promise the voters things they want, such as development, increased living-standards etc. get elected – Politicians making tough and somewhat unpopular decisions, don’t.

In many cases this has led to promises that have already mortgaged future income, an income that needs continuos growth in the economy. In a reality where “infinite growth” is no longer possible, this will inevitably lead to problems – disruption.

In many systems the election- and decision-processes has been even further “corrupted” by the involvement of “big money” creating an even “more perpetual” political system, but this time dedicated to the ones that can afford.
Watch this excellent TED speech about one corrupt democracy by professor Lawrence Lessig (18 min)

We have to realize that our current political systems with short mandate periods are maybe incapable of making the tough long-term decisions necessary, regardless if they are funded by the wealthy, or “funded” by the wish to be in power for one more mandate period – and we need to reinstate real democracy with focus, not on short term profits but on long-term evolution for humanity.

“It is not power that corrupts, It is the fear of losing power”

Since the first COP-1 in1994 the UNFCC “Conference of the Parties” has done little or no progress finding global solutions on how to more effectively address Climate Change.

The inability from the COP to create effective frameworks and action plans also provide an alibi for corporations to postpone action.

Many of the necessary tough decisions we need to make NOW, will challenge our Way of life – our Unsustainable way of life.

We are currently exploiting the planets resources at a pace that is totally unsustainable. To change this means that we must change our consumption patterns and our “linear” economy of ”Take-Make-Dispose”. This includes changing our “ideals” and downscale our somewhat “extravagant” behavior. Infinite Growth is simply not possible in a finite environment – and now we are reaching the boundaries.

Making political decisions that, to some extent will disrupt, and most likely to some extent even reverse “growth”, not only requires strong politicians, it needs voters to support these tough decisions. Voters that understand our predicament, and are willing to accept the absolutely inevitable changes. 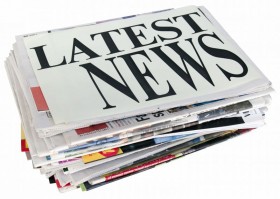 Many/most of our public news flow today is dependent on commercial sponsorship or advertising. This makes them to some extent bias and a “Perpetuum Mobile” for the message of Infinite Consumerism.

What is the likelihood that a newspaper or any news-channel, dependent on B2C or B2B advertisement for its income, should publish critical articles on Climate Change and the eminent need to reduce consumerism?

“Don’t bite the hand that feed you!”

To some extent a newspaper or a news-channel can, of course, publish articles like this, in the name of “Public Interest” or “Public Debate” but to advocate strongly for a reduction in consumerism while at the same time selling commercial “space” promoting the same is simply not compatible – To deny Climate Change or avoid the subject is a more likely scenario, since it “promotes” or supports continued Consumerism – Business-as Usual.

In many cases news-channels are also politically “connected” or bias in some other way. This is not always openly communicated, but kept a little secret.

Is the public in general aware of this influence from commercial interests or political bias?

To a large extent the answer, is No!

Some people are annoyed about “all these interrupting commercials” or offensive advertisements in the news medias, but very few really “connect the dots” between commercial interests and un-biased, fact-based reporting.

Recent evolution, when it comes to social media, show that this “perpetual behavior” is increasing – shareholders investing in e.g. Facebook are of course interested in the ROI and immediately commercial advertising becomes more “obvious” in the system. What will this development bring to the, so far reasonably un-biased network – we’ll have to wait and see. But it’s advisable to keep an eye for the more general system-changes, more then on the specific advertisement.

In fact – some of the Internet news-channel even “tailor-make” the news for you, either by giving you a choice of topics, a filter of interests, or by monitoring your “behavior”.

This is even more deceitful – who remembers some “check-boxes”, ticked off when first joining a news-flow – you might actually be in the belief that your daily news gives you an un-biased reflection of what is happening in the world, when you in fact have created a bias news-flow, all by yourself. 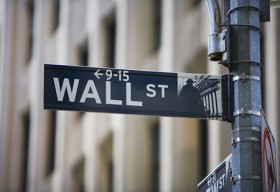 Listed companies are subject to a number of laws and routines, when it comes to economical reporting. There are quarterly reports, Annual reports etc. Shareholders and investors are continuously judging not only companies performance but also benchmarking the performance with all kinds of different investment alternatives. This means that, regardless if a company is performing rather well there is always the possibility that something else is performing better.

Major shareholders are very seldom at risk, unless some kind of “bubble” emerges, they just move their money to where the risk is lower.

What is the likelihood that listed companies will make though re-constructions of their business to accommodate a more Sustainable approach. Could a listed company even use expressions as “steady-state” economy or a “non-growth” strategy?
Of course they can, but it takes a very strong and committed leadership to make the decisions necessary.

Instead the opposite direction is very common – a volatile economic performance often generate “focused action” such as cost adaption schemes, “back to basics”, “core-business”, shredding of development programs etc. in order to quickly “regain shareholders confidence”

The corporate society has, together with the financial system, created a “perpetuum mobile” of their own. A “machinery” dedicated to reward short-term profits in favor of a more long-term focus on building sustainable corporations.

Lucky for us – the people – we are seeing some small steps towards a more sustainable approach from companies with the great fortune of having strong future-oriented leadership. We are also seeing public movements such as “Do the Math” promoting “divestment” from e.g. the Fossil-Fuel-Industry, now gaining momentum and interest from a concerned* public and investors.

*/ A yearly nationwide survey in Sweden gave this top-list of what Political issues worries Swedes the most:

So – Is it still the right way?

For decades scientists, magicians and sorcerers have tried to invent the “Pepetuum Mobile” with little success. At the same time our society has successfully built numerous, if not “Perpteuum Mobile”, at least “Perpetual Processes” – processes that, at least I am pretty sure was not what we anticipated that evolution should take us to.

“The death of democracy is not likely to be an assassination from ambush. It will be a slow extinction from apathy, indifference, and undernourishment.”

It is time for us – the people – to make a difference.

We need to re-define some of the processes in our society, if we are to keep on living on this planet, and we need to start immediately – It is URGENT!

Democracy originates from the Greek δημοκρατία (dēmokratía) “rule of the people”