I was born on a small farm in the south of Sweden in the early sixties – I hope that, many years later, I am still a “down to earth” kind of person.  Growing up on a small farm has so many advantages… I wish everybody had the opportunity to do that. It really gives you a basic perspective on life and how we are dependent of nature and our climate. I also strongly believe that it brings a realistic perspective on what life is about and what to expect from life.

From my early years at the farm I have had the opportunity to make a fantastic journey during an extraordinary period of our civilization. My parents always taught me to behave well, be honest, to speak the truth and to always strive for a good life, so that I could provide my kids with a good start in their life and so on…and I have tried ever since!

I have always been trying to focus more on the journey rather than on specific goals, which in a “goal-obsessed” world has not always been so easy. Many people think that if I only can get the latest gadget, the most fabulous new fashion-clothes, that fantastic car or that huge pile of money – then my life will be fantastic, just to realize that when you get there your life isn’t that fantastically different and your aim has moved up, so now your strive has to be even stronger…

….said by one of our greatest industrialists of the 20:th century…

I have to admit that in the seventies and eighties I was not up on the barricades fighting for causes like Climate-change or Sustainability, I was simply not very aware of this. However, things change, we change and at some moment in the early nineties, I can not specify exactly when, it could be when our two boys were born – I started to read and learn more about these issues and found out that our civilization might be on the “wrong track”…

Now, twenty years later, it is alarmingly clear that we really need a transformational change in the way we live on this planet. Some people have realized that if our children and their children are going to have any chance of a life quality close to ours, we cannot continue to “overuse” our planet the way we currently do.

But still there are many that have not yet realized the urgency of the situation. There are many occupied pursuing economical – or other agendas, without ever thinking about the consequences. Most likely there are also quite a few who don’t care as long as they can get some benefit for themselves.

I am not the one to judge others, but as I see it: 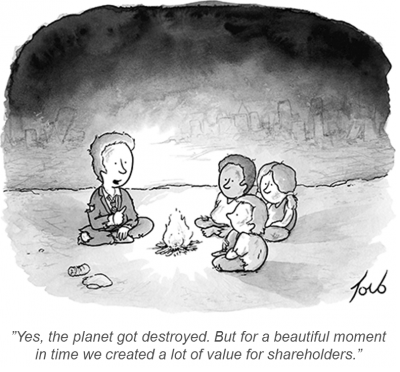