Ignorance is NOT Bliss…

Posted on 29 April, 2013 by Sören In Change, Economy, Environment, Sustainability

From time to time business-people “complain” that all these sustainability-measures are so costly, sometimes with an added “…and for what?”
Sometimes corporations and executives try to avoid the subject, addressing Sustainability as a “hygiene-factor” or an “already integrated part of normal business” – without ever having made the journey to become a sustainable business…

Are these reactions a defence-mechanism, is it ignorance, a way to ignore the economic contraction that’s very likely to come – or is it merely a “Fear of the future”…?

Articles about a “pumped-up”, $6 Trillion, Carbon-bubble about to burst, with only two possible outcomes – either the investors win and the planet will burn or the planet win and investments fail. Articles about how much the ever more frequent Floods, Wild-fires, Storms and other natural catastrophes are costing us, such as; “Climate inaction could cost EU €100 billion annually” 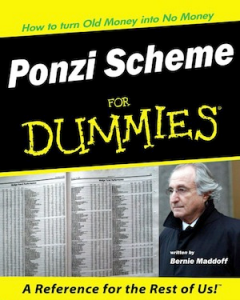 “We’re Taking $7.3 Trillion A Year in Natural Capital from Our Children without Paying for It…”

In an interesting article from ClimateProgress, Jeff Spross interprets some of the data from the recent report “Natural Capital at Risk”. The essence of the report is to figure how much of that natural capital is being consumed, depleted or degraded without the responsible party paying the cost for that use.

The number the study hit on was a staggering $7.3 trillion in 2009 — about 13 percent of global economic output for that year. 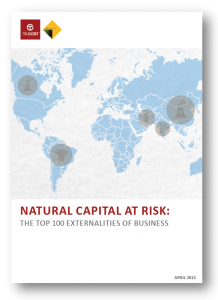 A recent report [PDF] by environmental consultancy Trucost on behalf of The Economics of Ecosystems and Biodiversity (TEEB) program sponsored by United Nations Environmental Program is trying to explain the “economic” cost for consuming natural resources.

That amounts to a global industrial system built on “sleight of hand”.

“We are stealing the future, selling it in the present, and calling it GDP”

Who is making Profits … Who is paying?

Here comes the tough part – except from robbing future generations of their possibility to meet their needs, the price for our “over-consumption” of Natural Resources is extremely high. But who is paying for it then, is it the big corporations?

Whenever there is a flooding, a storm, a drought, a famine-situation or a war to protect “interests”, costs are mainly covered from our tax-bill. In some cases it is even covered by our future ability to pay taxes. (Budget-deficit)

Then we are of course also paying an extremely high price when we are losing Human lives and Biodiversity, losing clean air to breathe and clean water to drink – in short – losing all the beauties of our Planet.

Avoiding tax may be legal, but can it ever be ethical?

Over and over again we read articles on how Corporations use loop-holes and advanced tax-planning to minimize taxes. How they do business in one country but pay taxes in another, where the rate is lower etc.
Company directors argue, however, that their responsibility is to maximise the value that they deliver for their shareholders and that includes keeping tax costs to a minimum within the realms of what is legal. Read more in this article from the Guardian.

So let me get this straight – corporations don’t pay the full environmental cost for the resources they use, then they globalize so that they can take advantage of low wages, low costs and less regulations, and then try to avoid paying taxes…

I am not an Ethics-expert and perhaps the conclusion was a bit “simplistic” but, from my point of view, it seems “at least difficult” to combine such behaviour with Corporate Social Responsibility (CSR) – in fact it also lacks every trace of empathy…

So what about Ignorance…

Which brings me to Wikipedia and the meaning of the word “Ignorance?”

“Ignorance is a state of being uninformed (lack of knowledge). The word ignorant is an adjective describing a person in the state of being unaware and is often used as an insult to describe individuals who deliberately ignore or disregard important information or facts.
Ignorance is distinguished from stupidity, although both can lead to “unwise” acts.” 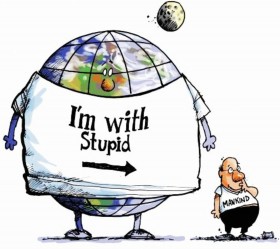 In our current world of wide-spread information, smartphones, computers, internet and an abundance of facts and data available to all, it is very hard to state that we are uninformed…