Cheating is a Choice – Not a mistake…!

Posted on 6 October, 2015 by Sören In General, Sustainability
Warning: Trying to access array offset on value of type null in /customers/2/0/7/sorenandersson.com/httpd.www/wp-content/plugins/twitter-facebook-google-plusone-share/tf_display.php on line 72

… can we now expect a tsunami of cheats that will be revealed… is it the end of CSR?

Do you remember him, the bicycle-athlete who deceived everybody during most of his career – Lance Armstrong, or the sprinter Ben Johnsson, or Justin Gatlin – the list of cheaters seems to be endless. (An incomplete list of doping cases can be found Here – and these are only those who have been found...)

If athletes are tested positive for doping, they are almost always suspended for a period of three or more years, some countries are even drafting legal bills that would lead to imprisonment. On top of this the cheating athlete is publicly disgraced and sometimes stripped of their medals and titles.

This is the punishment society deems reasonable in relation to the extent of cheating – which simplified can be described as; “Cheating from the rules of fair play”.

What happens if a corporation cheats – from the rules of fair play, from legal demands, from Social Responsibility or from ethics…?

…could it be that corporations get away with cheating easier than individuals – is it yet another “Too Big to fail” phenomenon…?

Let’s take a look at some “big-time” cheats, and you can judge for yourself. 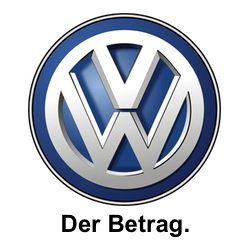 No one can have missed the emissions scandal created by the world’s largest automaker, Volkswagen – a really “sophisticated” cheat have been used to circumvent legal requirements on emission levels and thus also deceiving customers to believe that cars are considerably more environmentally friendly than real-world use shows.

11 million cars affected – apparently emitting 10 – 40 times more NOx under normal use than when being tested.
Utilizing advanced built-in programming to automatically detect when testing is under way.

A despicable, unethical, illegal and deliberate action, performed by the world’s largest automaker, with the obvious underlying intention to increase financial profits. It is a flagrant example of how a large corporation totally ignores the environmental consequences if they can instead make more money. It is also an example of how a corporation’s environmental policy in reality is little more than “Words on a piece of paper”. (…and at the same time casts a deep shadow over all forms of voluntary Sustainability Reporting or disclosure)

Basic Principles (VW Group Environmental Policy)
It is the declared aim of Volkswagen in all its activities to keep the impact on the environment as low as possible and to cooperate with our means to the solution of regional and global environmental problems.

All those nice words and promises about reduction of emissions, recycling, protecting nature and species diversity, all that GRI-reporting and outspoken management approach about “Setting Global Standards” and “Ambitious Targets” – eradicated in only a few days, revealing a cynicism and an unethical culture beyond belief.

“A promise means EVERYTHING…
…but once it is broken Sorry means NOTHING!”

Why do carmakers think that it is OK to cheat on emissions-tests, to use “defeat devices”, specific “test-tires”, to put tape on all joints to reduce air resistance etc – is it in fact any different from a doped athlete? Isn’t it actually much, much worse – cheating not only investors and customers but also the next generations right to a decent life on this planet…?
And at the same time significantly reducing the public trust to any corporate Sustainability efforts – at an extremely crucial time…

…let’s hope that it at least will discourage others to do the same – Sorry means NOTHING! 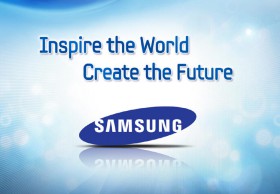 The Guardian published, Oct 1, an article stating that; “Independent lab tests have found that some Samsung TVs in Europe appear to use less energy during official testing conditions than they do during real-world use…“

It appears the software have been programmed so that, within 20s the unit detects the “Standard test movie (IEC)” is running and goes into “energy saving mode” – thereby getting better energy label ranking.

Samsung has strongly denied the test results, and more testing is planned to establish whether manufacturers really are gaming television testing procedures.

Let’s hope that this “curious anomaly with one manufacturer’s TV’s” is not the result of yet another “defeat device” – it would surely compromise the Samsung motto; “Inspire the World, Create the future” and their Business principles “We endeavor to protect the environment in all business operations, including product development, manufacturing and sales” (Principle 4-1) – let’s hope this is not also only “Words on a piece of paper”.

…but the suspicion alone makes of course many people think; “No smoke without a fire…” 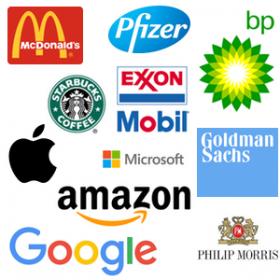 …and many, many more!

This is a “Cheating-Genre” of its own – a Genre so wast and complex, it would need multiple sub-categories, just to “scratch the surface”…

All taxes are in some way invented/created to finance the common good, the services we, through democratic [or other processes], have agreed is beneficial to our collective society. Services such as infrastructure, education, healthcare, pension-systems, security and much more.

The single most important attribute why humanity have been so prosperous on this planet is our ability to cooperate, to create a society – to work for the common good.

During the latest 30 years and to large extent based on the flawed economic theories coming from Chicago school of economics, corporate willingness and loyalty to pay taxes has, together with social responsibility, been replaced with “Shareholder Value”…
…avoiding to pay taxes has somehow become a synonym for “Smart Business practice”.

Read more on this topic in this previous post – “A free market – Free at “ANY” price…?” and about the WWTEW – World Wide Tax Evasion Web, HERE.

“The democratic process is supposed to be one person one vote, but it turns out that money is talking louder than the votes”
– James Hansen –

Corruption: Abuse of bestowed power or position to acquire a personal benefit.

Lobbying: Attempting to influence decisions made by officials in a government, most often legislators or members of regulatory agencies.

It is naive to believe that there are no similarities between lobbying and corruption – even if no money is openly and directly exchanged, there are many ways to influence and money is definitely a huge part of it, together with other means of “Dependencies” or “Power”.

Democracy is maybe not perfect in every situation, but it is definitely the best system available – as long as it is not tampered or skewed to cater the needs of some “elitist” minority, or specific Corporate goals.

In many respects “Lobbying” has become the “legal” format of “Corruption” – if you cannot acquire a majority of traditional votes for your “cause” through public opinion and the democratic system, the shortcut is to “push hard” and persuade the elected few to decide in your favor.

The extent of this business – cheating democracy – is absolutely staggering!

Read more about Political corruption, HERE and take a look at Lawrence Lessigs TED-Talk about Lesterland, – a great example of how cheating democracy can destroy the things we love…

Given the examples of unbridled cheating above, it is quite clear that we have a long journey ahead of us before there is a Society where corporations actually take Social Responsibility. This doesn’t mean that we shouldn’t start that journey, on the contrary – our survival on this planet depends on it, and we are in a Hurry!

The Global Community have pointed out the direction for Sustainable development of our Society.

25 September 2015 – The 193-Member United Nations General Assembly formally adopted the 2030 Agenda for Sustainable Development, along with a set of bold new Global Goals.

Starting November 30th, The 2015 United Nations Climate Change Conference, COP21 will be held in Paris – this is probably the last chance we have to avert the worst consequences from Climate Change. Three-quarters of the total membership of the UN Framework Convention on Climate Change (which comprises almost all nations of the world, at 196) and almost 90% of greenhouse gas emissions worldwide, 146 countries have submitted their intended nationally determined contributions to the United Nations.

The combined intention from these countries is probably not enough to keep the 2 degree target, but it is a good start, it will buy us some time and most important; never before have the Global Community shown such determination to “Get on with the Journey…!”

If there ever has been a point in time when Corporations should and must step up and show Social Responsibility THIS IS IT! – our future existence depend on it…

It needs corporations to Stop Cheating – Honesty and Transparency – two of the most important properties of Corporate Social Responsibility.

“Cheating is a Choice – Not a mistake!”