First money…and then what…?

Posted on 17 February, 2013 by Sören In Change, Economy, Environment, Social

On a workshop event some time back a rather high ranking (I think) executive took a slide from his company presentation and explained to me, their way to do business.

“The most important thing about a deal is the Money – once we have agreed on the money, it enables us to do all those other things, such as Environmental Surveys, Life Cycle Analysis, Sustainability Evaluations etcetera…”

I must admit that I was a little puzzled by the order of events in this statement and I wondered if he in any way is a role model for the way companies conduct their business.

Today after a week with on-going “horse-meat-scandals” and a lot of people being “surprised” and very upset that business-people can act so unscrupulous and without any conscience, I am pretty sure that the executive I met is not a “one-of-a-kind”!

With the existing “greed-culture”, the unprecedented chase for monthly, bi-monthly, quarterly and annual financial statements, pursuit of “happy” shareholders and bonus-based contracts and wages, I ponder whether it, in reality, is likely that a business culture based on principles as the one above will deliver anything else but money…the most likely outcome is rather that you need to rigorously check that you even got what you initially asked, and paid, for… and the reason for doing business in the first place….?!

It seems almost as if somebody has forgotten something or someone, maybe due to “speed-blindness”…or something else… 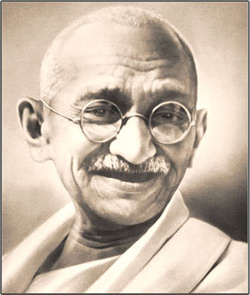 Henry Ford, one of the greatest industrialists of the 20th century once said:

Compared to many of the corporate cultures that can be seen today, mr Ford’s basic ideas included a greater portion of sustainability – What went wrong?

It is a little bit like the children’s game “Chinese Whispers”, where you whisper something in someone’s ear and he whispers to the next and so on until your message comes back – very seldom in its original format.
In this case it seems as if everything defining what business is all about, except the word Wealth/Money somehow was lost “down the line”!
Is it in any way connected to Commerce Colleges and the theories their programmes are based on – or is it some kind of “Gordon Gekko-effect” in combination with greed…?

In a sustainable world, the spread-sheet has a triple bottom line, addressing the financial, ecological and social outcome – a corporate-culture as the one initially described with only economic focus is not compatible with a sustainable world and will therefore cease.

Corporations failing to realize and seriously address this inevitable and profound change will face great problems and, no doubt, there will be bankruptcies and victims along the line. 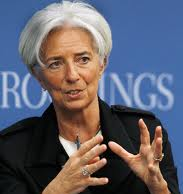 Christine Lagarde, IMF, concluded the World Economic Forum in Davos with a call for a new kind of economic growth. “So we need growth, but we also need green growth that respects environmental sustainability. Good ecology is good economics. This is one reason why getting carbon pricing right and removing fossil fuel subsidies are so important.”

In response to a question from the audience, she also said:

“Unless we take action on climate change, future generations will be roasted, toasted, fried and grilled.”