Carbon-neutral Nordic energy – the goal is set, but what does it take?

Posted on 5 February, 2013 by Sören In Energy, Sustainability 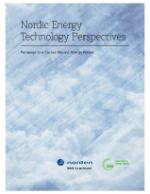 Nordic Energy Technology Perspectives outlines the opportunities and challenges for the Nordic countries to use their rich renewable energy resources to transform their landscape and economy, with 10 000 onshore and 3 000 offshore wind turbines and the region exporting 75% of its new power generation. 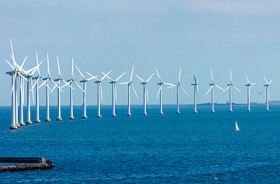 The Nordic countries will have to completely decarbonise their electricity generation by 2050, increasing wind power to 25% of generation from just 3% today and expanding transmission by 150%. An expanded network will help abundant Nordic hydropower solidify the North European power system, with the region exporting up to 100 terawatt hours (TWh) annually, the equivalent of Vietnam’s current yearly consumption.
Even as regional energy consumption falls by 7% thanks to improved efficiency, new generation will grow by 40%, with renewable sources providing 80% of total output, the largest share in the world.

Emissions from transportation must fall by nearly 90% from current levels, with nine in ten new light vehicles in 2050 being pure electric or hybrid and most freight transport going by rail or running on biofuels. Along with industry, the transportation sector will be the hardest to decarbonise given the sparse population of the trade-intensive Nordic countries.

Industry uses 35% of Nordic energy consumption, compared with the OECD average of 20%, and reducing that share will require EUR 740 million in energy-improvement investment each year. Applying the best available technology to industry would save up to a quarter of the region’s total energy demand while halving oil consumption, with the biggest gains possible in the cement and aluminium sectors. To reduce the sector’s emissions by 70%, the report calls for installing CCS at up to half of all cement and chemical plants and nearly a third of iron and steel facilities.

Buildings are responsible for a fifth of the region’s CO2 emissions. Nordic countries already hold four of the top spots in global rankings of building codes, but only 1% of the stock is replaced each year, so the report recommends spending three-quarters of the necessary investment in buildings through 2050 on improving building shells. In homes, building codes stipulate minimum requirements for housing insulation to limit energy demand, and those minimums have gradually been tightened. Nordic countries also help homeowners to meet and even exceed, these requirements

Sweden already has an almost carbon-free electricity supply and has phased out oil use in residential and power sectors. It is increasingly integrated within the Nordic and Baltic electricity markets, and its joint renewable electricity certificate market with Norway offers a unique model for other countries.

Now Sweden must take concrete steps to realise its vision of a fossil-fuel-independent vehicle fleet by 2030 and no net greenhouse-gas emissions by 2050. Although Sweden has decided to allow the replacement of its existing nuclear reactors, further emission reductions will come at a higher cost and require technology change.

Sweden has a high energy-intensity level, which requires greater energy efficiency in industry, buildings, heat and transport. A decarbonisation vision should be mapped out for each industry sector. Starting with transport, Sweden must specify how it will wean its vehicle fleet from fossil fuels by 2030.

Sweden’s industry lead in smart grids is an asset. Sweden should scale up investment in clean energy technologies. The large-scale deployment of renewable and energy technologies in a common Northern European energy market can drive decarbonisation without comprising competitiveness, security of supply and affordability.