With the new Sustainable Global Goals and a fresh Paris Agreement we have almost 200 countries (“out of 206”) in support of an ambitious agenda to save this planet.

Now it’s up to many industries, organizations and corporations to show where they stand.
In support of this democratically decided agenda or opposing it…

Let’s take a look at an industry that is a master at “blowing smoke” – the Aviation-industry.

For years (decades) the aviation-industry have evaded real action to mitigate emissions while pursuing business-as-usual. With keen assistance and lobbying from their trade organization IATA (International Air Transport Association) and from ICAO (International Civil Aviation Organization).

If treated as an individual country, global aviation already would join the list of Top 10 emitters, accounting for five per cent of global warming gases and with emissions having grown twice as fast as the world’s economy, during this century.

Unchecked – as the Paris Agreement still permits – the global aviation sector together with international shipping sector could end up by 2050 contributing almost 40 per cent of total world greenhouse gas emissions.

Any reference to international transport within the final text of the Paris-Agreement seems to have been removed due to fears expressed that ambitious reduction objectives in the transport sector would deter trade growth. Depressingly such concerns seem to have been a regular incubus, affecting all such discussions for the past 25 years or more…

All Talk, almost No Walk… 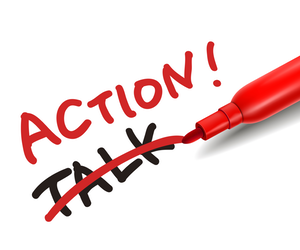 IATA states that they represent nearly 260 airlines comprising 83% of all global air traffic.

These organisations, representing the majority of stakeholders within the aviation industry, could be a major “change-maker”, but in reality their consensus-approach results in a “Giant with clay feet” when it comes to sustainability – A reactionary body where no one takes the lead unless everybody follows, where everything have to be standardized for all to follow, where the exemption of commercial air fuels from tax dating from 1944[!] is regarded as a non-negotiable privilege and where “stalling” is not only an aeronautic expression but also seems to be the aviation industry’s main strategic approach… 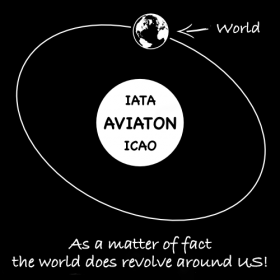 An Egocentric Industry
When studying the home pages of both organizations and reading their material it is easy to get the notion that their “version” of Sustainability is totally self-centered, that Sustainable aviation is All about keeping the aviation industry and its economy intact and resilient irrespective of the external “threats” that may emerge…

… rather than saving the planet, even if it means that the aviation industry most likely needs to “shrink” considerably…!

In an open letter to governments, co-signed by a number of major stakeholders within the aviation sector, the following is stated:

“As leaders in the aviation industry and the global business community and as the first global transport sector to set carbon-reduction goals, we have been engaged in impressive cross-sectoral climate action. Our ambitious goals are to:

The aviation industry is among the fastest growing industries on the planet with average growth-rates of >5% per annum. This means that improving the fuel efficiency with 1.5-2% per annum is immediately surpassed by increase in traffic, resulting in very high growth-rates also in emissions. 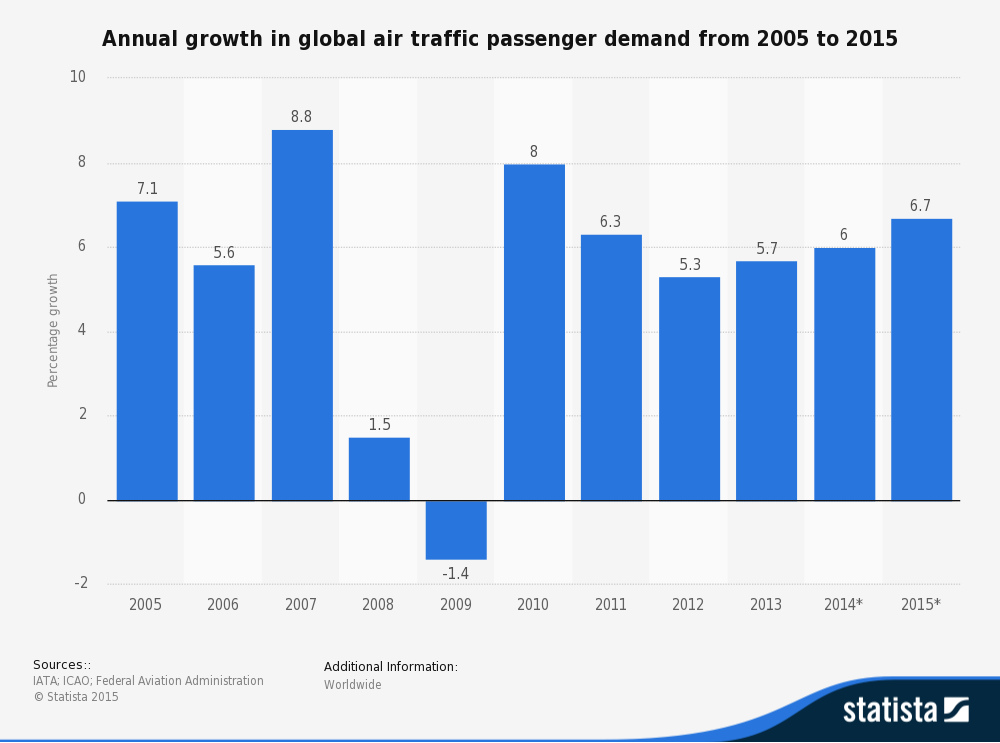 …and then all emissions induced indirectly by aviation from airport-transfers, car-travel to- and from airports, airplane-production and all other related services as well as from other ventures encouraged and promoted by increased aviation are of course not included…

In a scenario where we have agreed on Global Climate measures and Global goals. (like Now) How is an emission trading system going to make it possible for the Aviation Industry to Grow in a Carbon-neutral manner…?

Where is the Aviation industry going to buy emissions rights, to cover for their continued growth?

Any kind of emissions-trading scheme not only need to offset the aviation industry’s emissions, it must also simultaneously reduce the Total Global emissions.
It has to be an offset “on top of” all reductions countries already have promised to do and will do anyway… And it also has to be sustainable over time, not increasing “second-hand” emissions, or promoting behaviors that increase the total overall emissions.

… which country or industry is going to not only meet the goals set by the Paris accord but also out-perform the goals to such extent that they can also “include” the aviation industry’s extensive and rapidly increasing emissions and still meet the goals…?

To propose “Stabilized” CO2-emissions while continuing to grow the Aviation industry demonstrates serious negligence with regard to Climate Change. Lulling stakeholders and our society into some kind of fairytale where at some point in the future a fairy eventually is supposed to turn up with a “magic wand” and make all things right.

…or as Kevin Anderson, deputy director of the Tyndall Centre for Climate Change Research at the University of Manchester, UK, wrote in an 2012 article in “Nature” about “The Inconvenient truth of carbon offsets” :

“Offsetting, on all scales, weakens present-day drivers for change and reduces innovation towards a lower-carbon future. It militates against market signals to improve low-carbon travel and video-conference technologies, while encouraging investment in capital-intensive airports and new aircraft, along with roads, ports and fossil-fuel power stations.” 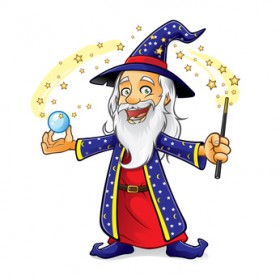 The Paris accord with a goal of max +1,5 °C temperature increase means in reality a zero fossil fuel society at the latest around 2030 to 2050.  Promoting a goal to Halve emissions by 2050, is an act of deliberate Misdirection and Green-Wash!
It could actually be regarded as a fairly blatant way of saying that the aviation industry has no intention to support or even help reaching the 1.5-degree target …

Dodging and stalling real action while “promising” a future tech-fix is not only deceitful, it also leads our whole society into a Lock-In. Creating even more Social behaviors, “Traveling dreams”, Vacation-structures, Transport-structures, Trade-structures etc reliant on an aviation infrastructure addicted to fossil fuels!

Unless the “Fairy with the Magic Wand” turns up with a revolutionary technical wonder, an Aviation industry based on Renewable energy such as bio-fuels is nothing more than a “daydream” – the global scale is simply too big, already today…!

Using the plant with one of the highest yields of “bio-oil” per hectare, the Jatropha Curcas, (approx. 700 – 1,800 Liters per hectare) means that an area twice the size of France needs to be transformed into a mono-culture to grow enough “bio-fuel” for the aviation industry to become 100% renewable, at 2005 level. Using Rapeseed would need considerably larger areas and Soybeans more than 4X that area.

When simulating different scenarios of aviation growth, based on current prognoses, including the promised increase in fuel efficiency, more efficient aircraft operations etc its obvious that consumption could, even when using very conservative numbers, easily at least double by 2050…

…by then we also need to grow food 2-3 billion more people, and undoubtedly other means of transportation, energy companies etc are also interested in bio-fuels…

Aviation Industry and [or] the Global Goals

The ICAO states on their homepage (Link) that they work with Member States and industry groups to reach consensus on an economically sustainable and environmentally responsible civil aviation sector.

…the priorities from the ICAO seems to be quite clear [?] – economy should be sustainable while being environmentally “responsible”… I thought it was clear for most people that the opposite is an absolute must. A Sustainable Climate and Environment, “regardless” of the economic implication this might bring…

“THERE IS NO BUSINESS ON A DEAD PLANET”

It becomes even more obvious that the industry’s own Sustainable Economy is the main objective in the comments to the United Nations Sustainable Development Goals (SDG), which they where quick to address, especially highlighting Goals 8 and 9;

“To-date ICAO has proposed global indicators under SDG Goals 8 and 9, and we will continue to contribute to these monitoring efforts as appropriate.”

For each of the indicators the aviation industry is, through ICAO ( a UN specialized agency? ) “promoting”, “assisting”, “facilitating” and “supporting” states and stakeholders in every matter that can continue to grow the aviation industry or make it more resilient, while for Indicators 12 “Responsible Consumption and Production” and 13 “Climate Action” they somehow manage to neglect the effect that increasing Aviation-emissions have on our Climate. Using a vague reference that there is some “steady progression towards a more sustainable aviation sector” – while in reality total aviation-emissions are increasing…?

Let me get this straight…

The aviation industry, supported/organized by a UN agency (?), avoids incessantly to acknowledge any “responsibility” in the urgent Climate Change dilemma, despite being one of the “most high-emitting” modes of transportation. Despite all their stakeholders continuously pushing for growth, while already being one of the fastest growing industries on the planet. Despite being a driving force behind an increasing “Lock-In effect” making more and more people “reliant” on a fossil fuel addicted aviation industry for transport, trade and for leisure…

…well, I suppose that concludes it…!

At a time when “Materiality” is being discussed more and more in connection with Sustainability, one question is left largely unanswered;

When are we going to discuss Materiality of a whole Industry…?