The “Amazing” Art of Self-Denial…

Posted on 12 March, 2013 by Sören In Change, General, Sustainability

Anyone ever attending a seminary or a work-shop on the subject of Change, regardless if it is based on Claes Jansens illustrative “The Four Rooms of Change” or some other theory on human behaviour, knows how good we are at denial.

In fact we are so good at it that it would probably qualify as an Olympic Sport – and we could all attend….

If I don’t eat it, someone else will….

Just a couple of weeks back I was standing in a queue at a luncheon restaurant, in front of me where two business-men. I couldn’t help overhearing their conversation.

– Oh look they have Scampi, I know that I shouldn’t be eating those; apparently they are causing havoc on the environment and the mangrove-swamps when producing them.

– But they are so tasty; I think I’ll have them anyway, and by the way, if I don’t eat them someone else will….

What absolute nonsense – apparently they were aware of the ecological issue, and then self-denial kicks in and they transfer the blame on others. If all of us should reason in this egoistic way, there would be no change…ever!

Listening to political leaders in Sweden stating that we are on a positive path with decreasing levels of CO2-emissions and that it is now up to developing countries like China to take their responsibility, clearly show that also politicians are in deep denial.

Our “Western” lifestyle with an excessive consumption of resources is the main cause to the problems we are now facing. Attempting to blame China and other developing economies where a huge amount of the goods that we consume today is manufactured, shows all the typical signs of denial.

The current political inability to address Profit, Planet and People as an interconnected system becomes all too clear when year after year goes by with high level meetings at UN Climate Conference (COP) resulting in almost no progress, at G20 and G8 meetings with clear statements from several important bodies, but no action.

Most of our economic transactions are somehow connected to the use of resources, regardless if it is Energy, Steel, Plastic, Rare Earth metals, Food, Water – the list is endless.

All of our actions also affect our Planet and People in many ways such as; pollution, depletion of species, inequality and so on. Much of this is known, and even if there most likely are interconnections impossible for us to see, each single effect by itself should trigger our concern.

Even so, corporate leaders, financial institutions and politicians seem tireless in proclaiming that continued economic growth is the solution for everything.

– If we only can get the financial “growth” back on track, then we can start to do something about the Planet and the People too…

Three of the most common words used when describing denial are, “Blaming, Minimizing and Justifying” – You be the judge here; Is this behaviour complying with any of these words… or maybe with all…?

In a finite environment (One Planet) infinite growth is not possible – something has got to give… For decades we have had long periods of financial growth – has this lead to a simultaneous “Care of our Planet?” And, judging from the recent “viral” YouTube clip “Wealth Inequality in America” has this infinite growth teory lead to an equal global Society?

It is not OK to be in denial…for ever?

One of the findings from working with change processes such as “the four rooms of change” is realizing that you will inevitably, at some point, be in denial!
You will also find that only by realizing the fact that you are in denial, you have actually started the transformation out of it.

Denial is a psychological defence mechanism, in which a person is faced with a fact that is too uncomfortable to accept and rejects it instead, insisting that it is not true despite what may be overwhelming evidence 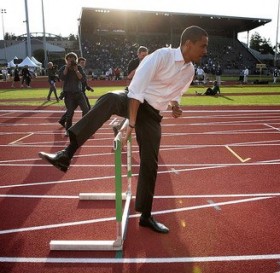 When it comes to transformation to a Sustainable lifestyle, denial is probably one of the toughest “hurdles” to overcome.

Let’s face it – many people have started to realize that the lifestyle we are living is not sustainable – we are overusing the planet’s resources, we are polluting the environment, we have a highly unfair distribution of wealth, one billion people cannot get enough food, the economy is struggling etc.

But instead of moving into action we are moving deeper and deeper into denial, transferring blame on others, minimizing the effects of our own actions and frantically trying to justify choices we make with a wide range of excuses.

The challenge we are up for is a huge one, probably the biggest ever encountered by mankind. We need to end our denial and move into “Renewal”