When the Fossil Free Movement is arranging Global Divestment Day on February 13 and 14 more than 400+ events are taking place all around our Planet. Media outlets like The Guardian are calling it “The fastest growing divestment campaign ever.”

This movement and all other actions to defund the Fossil Fuel Industry are absolutely crucial to the continued existence of Humanity on this planet.

“…80 % of known Fossil Fuel reserves must stay in the ground…”

…if we are to have any chance of keeping the global temperature rise below +2 deg C.

This is the scientific facts compiled not only by the large amount of researchers included in the UN IPCC network, but also by a wide range of other research institutions. These undisputed facts have been referred to by numerous important institutions such as the World Bank, IMF, among others.

…and still all kinds of excuses are being heard when Corporations, Funds, Banks and other Investors try to defend their continued addiction to Fossile Fuels.

Using the power of ownership… 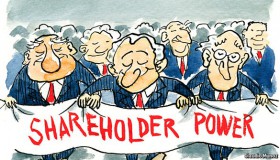 What do they mean when they argue that the Fossil Fuel industry should become more Sustainable…?

Undisputed scientific facts make it absolutely clear that 80% of our known Fossil Fuels MUST stay in the ground, for Humanity to continue its life on this planet, as we know it.
Fossil Fuels are finite resources – Finite resources cannot be extracted in a sustainable way!

…and what are they going to do, urge that the corporations they own refrain from realizing 80% of its assets – which inevitably leads to significant economic losses also to themselves as owners – I’m sorry, but I can not even in my wildest dreams believe that an investor voluntary would take on such a kamikaze mission.

I always try to have an open attitude toward other peoples opinions, and I know for sure that there are many things I don’t understand – but in this case – how stupid do they think people are…

Not enough viable Alternatives to invest in…

This excuse clearly indicates that there is something wrong with this industry.

For decades the Fossil Fuel industry have had a “carte-blanche” to extract finite resources on this planet without having to pay for the depletion of these resources and without any responsibility to pay for the harmful emissions to our atmosphere. In fact they have instead got, and are still getting, huge tax-incentives and subsidies to continue…

“When something is to good to be true, it usually is”

There is no such thing as cornucopia, everything has a consequence, and just because an industry started when perhaps our knowledge and understanding of the world and the consequences of excessive extraction of finite natural resources was much different, doesn’t mean that it can go on forever.

It is about time we realize that exploition of finite resources have reached the end and that we urgently need to adjust to a circular system – otherwise we will ultimately run out – of cheap energy, of fish in the ocean, of clean water, of clean air, of all necessities for life as we know it …

…and this is of course applicable also in economic terms – extreme profits made possible through “unregulated” or even subsidized overexploitation of finite resources have reached the end – a new paradigm has arrived, where ruthless exploitation is no longer an applicable factor for success. 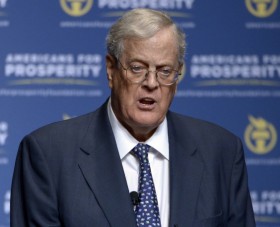 Greed is pushing some people to exploit humanity way beyond what is acceptable, using their wealth to annihilate democracy and kidnap whole countries to fulfil their skewed view of reality. A view where apparently the future generations have no place…

Publicly, and leagally, announcing the intention to infuse $889 million in the political campain to make sure that elections “go the right way” clearly shows that democracy is at stake – read more here.

Take a look at this Ted-Talk by Law professor Lawrence Lessig, if you wonder what this means…

What should we divest from…

Let’s face it, no fossil fuel company will voluntarily leave 80% of its assets in the ground as a stranded asset, unless they are forced to.

Therefore we need to de-fund them so that they no longer have the economical capacity to continue their destruction of our planet – start with the one’s that hold the largest fossil reserves and also the ones that shows the least respect of humanity and our democratic system.

Gofossilfree.org have a spreadsheet of the top 200 Fossil fuel companies  by size of reserves – “potential of destruction” – you can find it HERE.

(Make sure that your own investments doesn’t include any of these destructive companies, check your pension funds and other savings, and at the same time try to avoid doing business with them)

February 13 and 14 is Global Divestment Day – join or start an event, tell educational and religious institutions, governments, corporations and other organizations that if it is wrong to wreck the climate, then it is wrong to profit from that wreckage.

Spread the word – the World urgently needs to know! 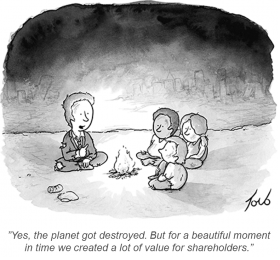