Posted on 7 March, 2013 by Sören In Change, CSR, General, Sustainability

Sometimes when I look in a newspaper, at a billboard or a commercial it is quite amazing how little has changed when it comes to conveying a Sustainability message.

Are corporations still using mainly “Old School” approach….or is it something else?

The Social Medias have been around for, at least some time, there is an abundance of educations, lectures, seminaries etc. on how to use “new” channels of information, how to reach the “Generation Y” people etc, there is also an on-going debate on why information about Sustainability needs to be 100% transparent….and still? Not much has happened.

Over and over again we see corporations trying to increase their Sustainability image, often focusing on some small portion of their business and how sustainable that portion is, but rarely revealing the whole 100% about the sustainability of their entire business.

Is this due to lack of knowledge about what Sustainablity is and how it should be presented, is it re-use of old “PR-stunts”, or is it a signal that corporations have actually not at all embraced the challenge to move into a new time age, a Sustainable World?

“…being less Bad, doesn’t mean you are Good!”

This diversion or “sandpaper-method”, where corporations try to polish away some of the “roughness” in often very economy-focused business models, to appear more sustainable, comes at a very high price – Credibility.

The Boy Who Cried Wolf…. 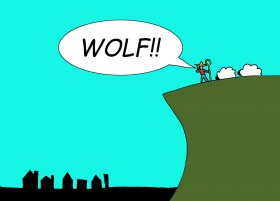 The irresponsible shepherd boy in Aesop’s famous tale serves as an allegory for reputation management, in which steady bombardment of information transmitted for its own sake means that genuine calls to action go unheeded. However, one doesn’t even mean to be flat-out mendacious in order to suffer the same fate as the shepherd boy in today’s media world.

In a previous blog post “Transparency is the New WYSIWYG!” I referred to examples on how transparency is a driver and a necessity for a Sustainable corporation, and how easy it is to lose your credibility. Building a Brand takes time – destroying one is almost instantaneous.

Stora Enso was consequently excluded from Dow Jones Sustainability Index (DJSI) last fall and is currently under scrutiny from UN Global Compact, facing a possible exclusion also from their platform. In today’s open and cross-connected society, with a more agile workforce than ever, secrets are becoming harder and harder to keep – it is not an option!

Lesson: “Walk the Talk” – good examples and storytelling is one thing, but they can never hide a company’s true values. 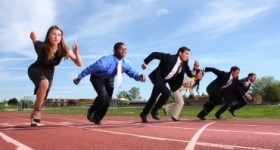 We are living in a very competitive world. More and more corporations start to work with Sustainability and CSR, which automatically leads to an increase of knowledge. It also leads to a continuous increase of the minimum standard often referred to as the “hygienic level”.

In B2B-relations this is becoming more and more evident – what might be considered a fairly good level in one industry could in relation with another industry be regarded as underperforming. Competitors in the same industry are likely to also scrutinise sustainability performance and try to out-perform others, and being in the same industry, they know the weak links, making any “diversion” venturous.

Lesson: What you transmit will often be reviewed by people with, at least, knowledge similar to yours. 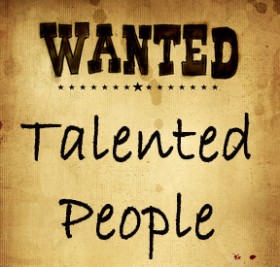 While the notion of “CSR” and Sustainability may have once been regarded as a corporate philanthropy, it has quickly become a crucial part of any large company’s long-term strategy – not just in marketing, but also in recruiting.

This phenomenon, which is particularly apparent in younger generations, where the focus on people, planet, and profits known as the new “triple bottom line” is increasingly, becoming the main way organizations attract and retain new hires. Research found that 80% of a sample of 13-25 year olds wanted to work for a company that cares about how it impacts and contributes to society. More than half said they would refuse to work for an irresponsible corporation.

Lesson: Sustainability and CSR might be involving a “trying change” for current corporations, but it is dealing with the basics conditions for next generations.

What you read in a text or an advertisement is “in the eye of the reader” and not “in the hands of the writer” which of course brings an even greater responsibility to people involved in PR. When working with sustainability, it is extremely important not only to promote a product or a service, but at the same time also promote and educate the basics and the context of it in a Sustainable Society.

Living in these transitional times we can expect to see many more examples of Green-Wash in all shades, but in the end it all boils down to one basic understanding;

If a corporation cannot justify that their operation is valid in a sustainable world, pretending so will only prolong the agony – sustainable operations will last and non sustainable will cease, that’s the basic interpretation of the word Sustainable. 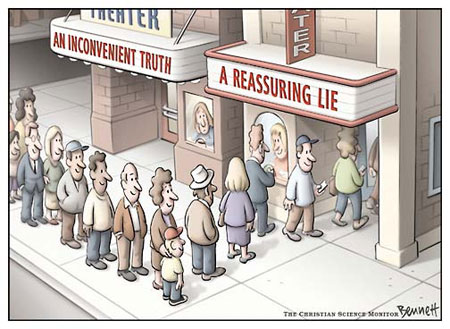