Once You Know – There is No Way Back!

Posted on 2 January, 2017 by Sören In General, Sustainability

Once you know the facts about the precarious situation humanity and life on this planet has arrived to when it comes to Resource scarcity, Social inequality and Climate Change, there is No Way Back! The situation will not disappear by itself, the facts are building quickly and thanks to media and internet, knowledge is increasing rapidly both in the business world and in Public.

…and there is really no point delving into why we have ended up where we are. It will not change the current situation. Creating scapegoats will not solve the situation either. 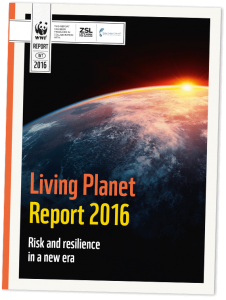 According to WWF:s Living Planet Report 2016, the global capacity for renewable resources is 1,7 Global hectares (Gh) per capita. The global average consumption is 2,8 Gh (164%) and almost half of all countries on the planet are today above or well above that average level.
This means that we are overusing the planet at 164% of its capacity while simultaneously doing everything we can to grow/increase this level and also to promote it to countries that have not yet reached this already unsustainable level of consumption…

Comparing the Living Planet report 2016 with the previous from 2014 shows an increased resource depletion, going from a 153% global average in 2014 to 164% in 2016 regardless of promised efforts and while more scientific facts are continuously being published…[!?]

When we know that western lifestyles and level of consumption is vastly exceeding the capacity of what the planet can sustainably support, all efforts that further increase consumption without simultaneously addressing this rapidly increasing depletion is an ethically highly questionable act.

This is of course also relevant when we [successfully] try to minimize inequality by lifting the “less fortunate” to a higher level of lifestyle. If we fail to adress the environmental footprint at the same time, we are actively pushing more and more people into an even more unsustainable lifestyle, creating all kinds of “Lock-In effects” while speeding up depletion even more…

(I’m not in any way advocating that we shouldn’t continue to fight poverty or reduce inequality. It is an absolute necessity if we want a sustainable society. But since the average consumption level already is way above what our planet can sustain, we need to simultaneously reduce consumption, starting in the “high-consuming end”…) 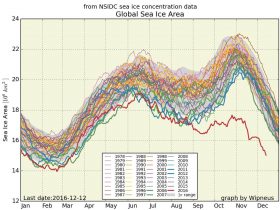 This years extremely high temperatures in the arctic have triggered a massive decline in sea-ice. Less ice equals less reflection of solar radiation, which equals increased heating of the planet. Higher temperature in the atmosphere and in the sea entails less ice – a vicious self-inducing circle. This winter shows an unprecedented decline, making the scientific community nervous that we are getting very close to a tipping-point which cannot be reversed – making our future even more daunting…

The facts show that every ton of CO2 being emitted to the atmosphere roughly equals the depletion of 3 m2 of Global Sea ice, which means that a “Christmas-vacation” by plane from Sweden to Thailand for a family of four equals the depletion of approx. 70 m2 of ice. Telling your kids, on the plane, how much you Love them, becomes an act of hypocrisy
…because you know that the flight is actively reducing your children’s chance to live a good future life!

So – How do we react on the facts?

Let’s take a look at some of the most common reactions… and the Best one.

It’s probably some kind of defense-mechanism – if you only “remove” the source, the message will disappear…

In brutal contexts the messengers are often called “dissidents” and it’s not unusual that their fate is lethal or involves some kind of “disappearance”.

In more “civilized” contexts, messengers and “whistleblowers” are silenced, removed or disavowed using various other measures.

“Never do anything against conscience even if the state demands it” 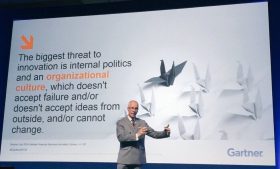 Organizations that shoots messengers tend to become organizations of “yes-men”, creating a culture of silence, a culture that doesn’t accept ideas from outside…
(…and sometimes not even internal ideas.)

Read more about some of the obstacles in this Forbes-article by John Hall.

Reaction #2 – “Ignore or diminish the facts…” 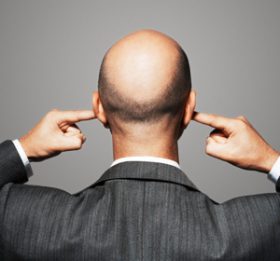 This is also a rather common way to handle facts about resource scarcity and Climate Change – reduce their significance or ignore them altogether.

Comments like these can either indicate an inability to understand the urgency/magnitude of the situation or a failure to understand the strategic implication that follows. It can of course also indicate that a person or organisation in fact is unaware of the full picture, or sometimes even reluctant to acquire the necessary information.

…Climate Change and resource scarcity are “big issues” and challenging on so many levels. They are also much more “personal” than other issues in the way our current lifestyle is being challenged. Reluctance to acknowledge this is not a very unfamiliar or even unexpected reaction…

Another way to diminish the facts is to “pretend” that you have understood and accepted the facts. Often this is evidenced by starting to use words like “Sustainable” or “Green” in the context of various products, services or policies – without virtually any changes being made to “Business-as-usual”.

This kind of “smoke screens” or greenwash can be very deceptive. Except that it diminishes the importance of the facts, it can lull an organization into the belief that the problem is already solved – before the necessary changes have even started…

In our very short-term oriented, hectic and complex world there are many priorities to be made. Organizations today are often very “operative”, continuously making decisions and choices. “Existential issues” that are or might be critical to the whole business-setup are not easy to fit in the agenda…
The list of companies that have failed to realize and adress disruptive changes is long – Kodak Eastman, Facit, Peabody Energy, just to mention a few.

Following a long tradition of always down-prioritizing our environment it has continued to this day – only difference is that nature now is starting to “talk back”.

Today’s strategies are all to often equal to a list of goals, often based on issues from the previous year/period that needs a little more focus or improvement. Sometimes goals are also adjusted to better fit with major trends in society.

Quite often these goals are incremental and in some way connected to KPI’s that are already being measured – such as increased revenue, increased sales, less complaints, higher market-share, better market-penetration, increased satisfied customer index etc.

Resource scarcity, Climate Change and Social sustainability doesn’t easily fit to this simple “strategy-model” which makes things more problematic. The complexity and time-aspects of the various issues also needs a rather different approach and much more thorough and time-consuming strategy work. 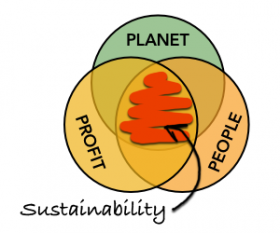 For decades our society and business have been extremely biased in favor of economic output/profit. On our journey to become Sustainable we must now create a much better balance between People, Planet and Profit.

Unless you have first defined the sustainable target, the goal for our “journey” including clear boundaries, it is very easy to do the wrong prioritization, focusing on incremental changes that can be easily achieved instead of what really needs to be done.

The different aspects of Sustainability are very closely interlinked and needs to be constantly monitored  in order to achieve the goal wanted. Actions taken in either of the aspects often causes repercussions in the others. Quite often a sought for result in one aspect can be triggered in one of the others, and so on.

…once a “roadmap” towards Sustainability, including the Sustainable boundaries, is in place it is easier to keep track, helping you to make sure that none of the aspects are forgotten although they might have slightly different focus over time.

If only a large chunk of  the energy and money currently being used to defend or whitewash business-as-usual and our current lifestyle, instead could be used to Transform into Sustainable solutions… 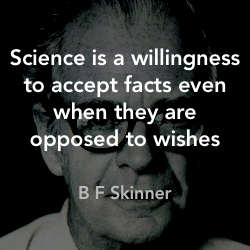 …isn’t it amazing how diligent we are at defending our current lifestyle, and how quickly we turn our heads away from facts about inequality, starving and suffering people, injustice, war, air pollution, acidifying oceans, extinction of species, heatwaves, increasing droughts, depletion of resources, child-labour, wildfires, increasing numbers of hurricanes and so on…

But – the momentum is building, knowledge is spreading rapidly and Sustainability is being acknowledged as “The Crucial issue of our time” by more forums and a wide-spread array of organisations than ever – change is on the way.

“The Stone Age did not end because humans ran out of stones. It ended because it was time for a re-think about how we live…”

Define what your life or business looks like when it is truly Sustainable, draw the roadmap necessary to get there – and Get going…! 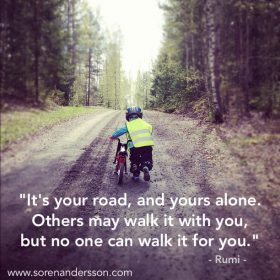