History is not repeating itself…

We are living in transitional times – thank God for that…

Half of the people would have absolutely no chance to vote – I must sadly admit that on this issue we are still very far from where we should be! The same goes for poverty, food-supply, freedom and a number of other topics.

Although we are still far from where we should be, we are definitely moving. Hans Rosling has perhaps done one of the most pedagogic presentations on this; you can watch it on YouTube – Link!

But still many people reflect on the world based on old knowledge, sometimes trying to solve problems using facts that have not been relevant for years. In Sweden a recent study showed that a majority of people still use a lot of references from their time in school, even if it is 25 years old.

This is a profound problem – How can it be like this?

We live today in a world where “everybody knows everything” just by a click on a computer or a smartphone – we “google things”. But apparently it doesn’t mean that we replace “old knowledge”.

Maybe it is the teacher with the whip who told us in school that – “Even if I wake you up in the middle of the night, you should be able to rattle of all the names of the countries in Europe, forwards and backwards!…” – Too bad the map has changed…

I don’t know why it is like this, but I have a suspicion that it has to do with people’s aversion to change – If I can use something that I know works, or at least used to work, I do that regardless if the circumstances have changed. 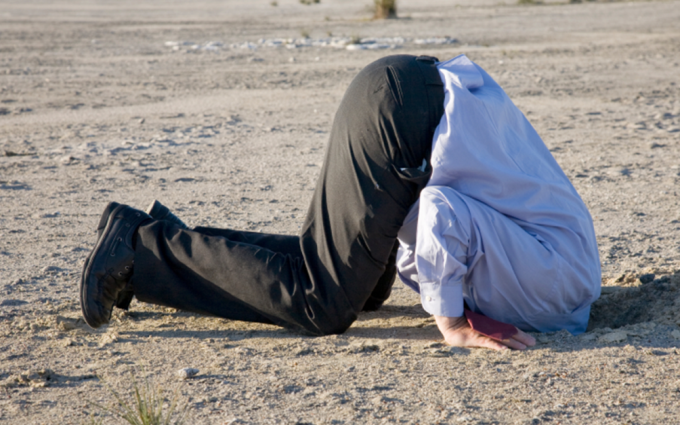 Now we, the people, have reached a tipping-point where we have never been before, a point where we need to transform rapidly. The facts are here and now – that’s where we also need to be. We have huge challenges ahead of us; it’s time to pull the head out of the sand and get to work!

“It is not the strongest of the species that survives, nor the most intelligent. It is the one that is most adaptable to change”