Climate-driven Migration – Can we handle it?

Posted on 8 January, 2013 by Sören In Change, Environment, Social, Sustainability

Last year you could read about the small Republic of Kiribati trying to buy land on the Fiji-islands and drawing up plans to move their population (105,000 p), as the sea water level continues to rise.

Kiribati, which has been designated a UN World Heritage Site, consists of a number of low coral islands with a total area of 811 km2 (60% the size of Swedish island “Öland”) With a continued sea level rise, increasing acidity in the water affecting the coral reef and erosion they are very vulnerable to the ongoing climate-change and sea-rise. This is an example of something we are going to experience at a much larger scale in the nearby future.

People living in lowland areas will have to evacuate to higher grounds. The same goes for people in areas more disposed to drought etc. How can our society handle this?

Already today there are tendencies and people that act against migration (any kind), nationalism moving for “stronger borders” and even countries erecting fences and walls. Simultaneously there are of course also “good forces” moving for greater openness and increasing “mobility” for people.

This is going to put sustainability and social responsibility very high on the agenda – for you and me, for businesses and for countries.

Can we handle this?

Well… Just the other day I read in the paper about a discussion in the US, about lifting a decades-old ban on uranium mining in Virginia state legislature, where democratic leader Richard Saslaw dismissed any long-term threats because he’s “not going to be here” and they might not affect him personally – that’s not a good sign!

In another article I could read about how biofuel policy in the United States and Europe has produced a rolling food catastrophe in Guatemala. 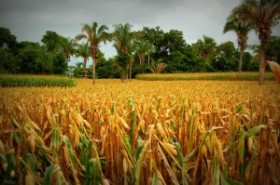 “In a country where most families must spend about two thirds of their income on food, “the average Guatemalan is now hungrier because of biofuel development,” said Katja Winkler, a researcher at Idear, a Guatemalan nonprofit organization that studies rural issues. Roughly 50 percent of the nation’s children are chronically malnourished, the fourth-highest rate in the world, according to the UN […]“ Link to article

This means – when US and European countries say that they are decreasing their CO2-emissions from cars and that usage of biofuel is one component helping them, it could indicate that some people think it is more important that I can keep my standard and drive my car than it is for other people to eat […] – that’s not a good sign!

Time and again you see these examples of Greed – people, companies and countries putting themselves first – often driven by economic benefits.

Help is on the way!

Check out the great infographic below “The Future of Social Activism” that illustrates how “Millennials” are supporting social justice issues. I think it is based on surveys made in the US, but I doubt that the trend is unique for the US.

If I had a company trying to attract young generations to buy my products, use my services or come to work with me – I would scrutinize my business critically, make necessary changes and really push the CSR-Agenda. Simultaneously I would “be” where these generations are – on the Internet, in the Social Medias, on the Smartphones, having a continuous and transparent talk on how to “be even better!”

And – you know what – I think the same goes if you are a government. Just look at recent “uprising” happening in northern Africa and around the world.