Are we promoting the Wrong things…?

Posted on 1 April, 2013 by Sören In Change, Economy, Environment, Sustainability

The “Western lifestyle” is extremely focused on consumption and we are pushing hard to increase consumerism and spread it all over the world. Even as we start to consider sustainability, most corporations and governments promote sustainable products and services but at the same time push for more growth…

“Buying 5 pairs of jeans made from ecologically grown cotton, when you only need 1 pair doesn’t make you sustainable…”

We seem to focus on the symptoms, not the cause of the problem. Currently we are consuming the planet’s resources at a rate of approximately 156% – If everybody should consume at the same level as in Sweden, we need 3.5 Planets, at US level 4.5 Planets, just to support our current lifestyle – We have only ONE – and it is suffering…!?
(More facts available in a previous post – Link)

So – What ARE we doing to change this…

I am not the one to judge on this matter, but let me share some “large- and small-scale” reflections. 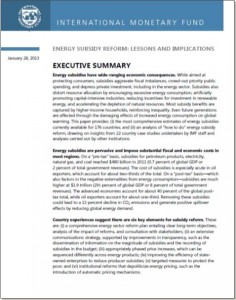 The International Monetary Fund (IMF) just released a new study stating that the world subsidized fossil fuel use by over $1.9 trillion in 2011 — or eight percent of global government revenues. (8% ?)
The biggest offender was by far the United States, clocking in at $502 billion. China came in second at $279 billion, and Russia was third at $116 billion. Read full article on ClimateProgress.

We are actually using a huge amount of our tax-money to subsidize the use of Fossil Fuels which boosts our use of resources and increase our CO2-emissions, causing further Climate Change and then again we have to pay huge amounts of money for disaster relief etc…
(A lot of this money ends up at some of the richest fossil-fuel corporations in the world?)

With a looming Climate Change – Is this smart politics to reduce “over-use” of resources…?

One of the main drivers for global sourcing is that corporations want to scale up their business to increase sales and/or to reduce costs. With today’s low costs for transportation, partly a result from low fuel-costs, it is often economically beneficial to move production to less developed regions where labour and/or resources are cheap and regulations, taxes etc. sometimes are less advanced. In “the old days” this used to be called Colonialism, it also used to include invasion of territory. If you look at the concept “Colonialism” in an encyclopedia it is often said that it ended in the mid-1900s – Did it really?

In reality we are still exploiting cheap labour, cheap resources, less regulations and low taxes, even if it today has moved from Nations to Corporations.
Even if this “colonial” behaviour brings work and development to regions, which is good, global corporations tend to be more cynical and move on to other regions as soon as wages and regulations approach “Western” standards and the cost benefit disappear.

To some extent it seems as if the word “exploit” has become one of the main ingredients in our current global economic model. Cheap products are also a main driver of consumption and our “Take – Make – Dispose” philosophy.

Is the concept “Exploit” viable in a sustainable world, and does this frenzy for cheap products lower the stress on our planet’s available resources…?

Somewhere between 18 – 51% (Article in Worldwatch) of our Greenhouse gas emissions come from “animal agriculture”, a large portion of it as methane, which in the short run is an even more potent and harmful gas then CO2. Meat production is also using huge quantities of water and fish-protein. Nobody explains it clearer than Philip Wollen, click the movie below to hear his presentation (10 min)

Promoting a “Western lifestyle” leads to a considerable increase in consumption of meat and poultry. Consumption in the US today is more than 120 kg/pers/year, Sweden 80 kg, World average 42 kg, Asia 30 kg and Africa 17 kg.

Increasing meat consumption will lead to increased greenhouse gas emissions, which means that we need to decrease emissions even more in some other sector if we are serious about the max +2 deg C goal – Is there any option?

I recently came across a billboard advertising expansion of a shopping-mall. The mall is today >75,000 m2 and houses 180 different stores. When the expansion is advertised, this green picture of a child playing on a meadow is used. This is strongly misleading the public, trying to associate shopping with the innocence of a child playing with a dandelion on a pristine summer meadow.

Is this kind of “misleading” advertisement or Green-Wash, viable in a Sustainable World? 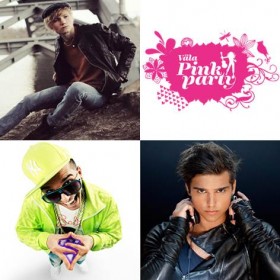 In Sweden, right now, a shopping-mall is advertising a “Pink party” with three artists that are especially popular among children. To get a ticket for the show you have to spend 1000 SEK within a limited time-period in any of the stores at the mall, there is no other way to get tickets.

This kind of marketing, to actually reward increased shopping, and kind of “using children as hostages” to push parents… is it promoting less consumption, does it help parents to educate and prepare their children for a future with scarcity of resources?

“The Elephant in the Room”

To summarize my reflections, I could probably add several more examples of “symtoms” of behavior. The most important thing is not to look at them as isolated phenomena, but to try to encompass the combined “effect”.

So – What is your opinion – Are we promoting the wrong things?

– Let’s start the journey to a NEW Good life!