Posted on 21 January, 2013 by Sören In Environment, Sustainability

Not even funding from one of the biggest climate-deniers could distort the fact that we – the people – are the major cause for global warming!

The decadal land surface temperature from BEST average (black line), “compared to a linear combination of volcanic sulfate emissions (responsible for the short dips) and the natural logarithm of CO2 (responsible for the gradual rise) shown in red. Inclusion of a proxy for solar activity did not significantly improve the fit. The grey area is the 95% confidence interval.”

“The Conversion of a Climate-Change Skeptic”

– Three years ago I identified problems in previous climate studies that, in my mind, threw doubt on the very existence of global warming. Last year, following an intensive research effort involving a dozen scientists, I concluded that global warming was real and that the prior estimates of the rate of warming were correct. I’m now going a step further:

“Humans are almost entirely the cause.”

Muller has been a skeptic of climate science, and the single biggest funder of this study is the “Charles G. Koch Charitable Foundation ($150,000).” The Kochs are the leading funder of climate disinformation in the world!

What does it mean in real life? 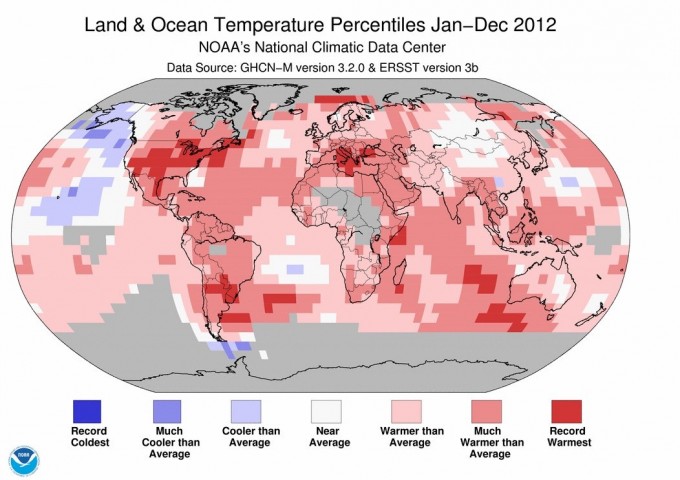 Although there will be variations, the trend is clear  – we are in for 4 – 5 °C increase of our average temperature if we don’t get into action Now! This would be devastating to mankind and our beautiful planet!

Just the fact that 2012 was the 36th consecutive year of above average global temperatures…makes you think – what age where you then?

Only the two last weeks the numbers of ”unpleasant” records and examples of what climate-change is causing are worrying, some examples;

With these, and many more, signs it is incredible how little action is taken. Most people go about their business as if nothing is happening. Is it too big for us to conceive, are we to content and lazy, just waiting for someone else to “solve the problem”?

There is no quick-fix to this one, it is up to us!

To conclude with the words from a great man who is especially remembered today: 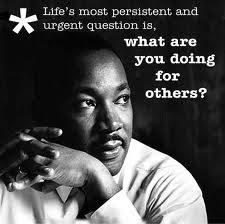 Speak out, get into action and make a difference!